“Since there are so many people who are depressed – and I maintain that the cause for much of this depression is social and political – then converting that depression into a political anger is an urgent political project....Anti-depressants and therapy are the opium of the masses now.” – Mark Fisher
Here's my interview with writer, theorist, and teacher Mark Fisher about his book 'Capitalist Realism: Is There No Alternative?' 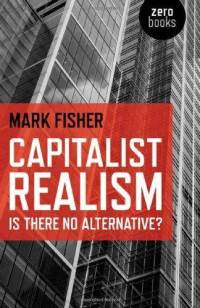 'Capitalist Realism: Is There No Alternative?' is published by Zero Books.

The address of Mark Fisher's website is: k-punk.abstractdynamics.org
Posted by Capes